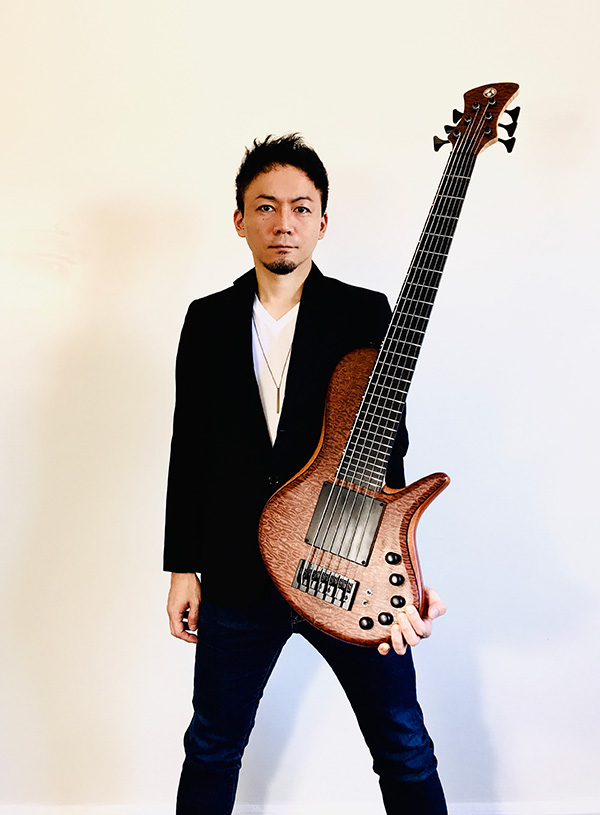 As a co-leader of the Brooklyn-based power trio “House of Waters” Fukushima has redefined the role of the bass performing. They released two albums from Grammy Award group Snarky Puppy’s GroundUp label. The first album hit #2 on the iTunes World music chart, and the second album hit #4 on the iTunes Jazz chart.

After Fukushima had his bass for a couple weeks he replied “When I first played this “concept bass”, I couldn’t believe how it’s possible to create a long-sustained, warm, rich tone from such a small and lightweight body. The bass feels like it’s a part of my body and its tone reflects my imagination fluidly.
This is truly another level of master craft from the standpoint of players.”